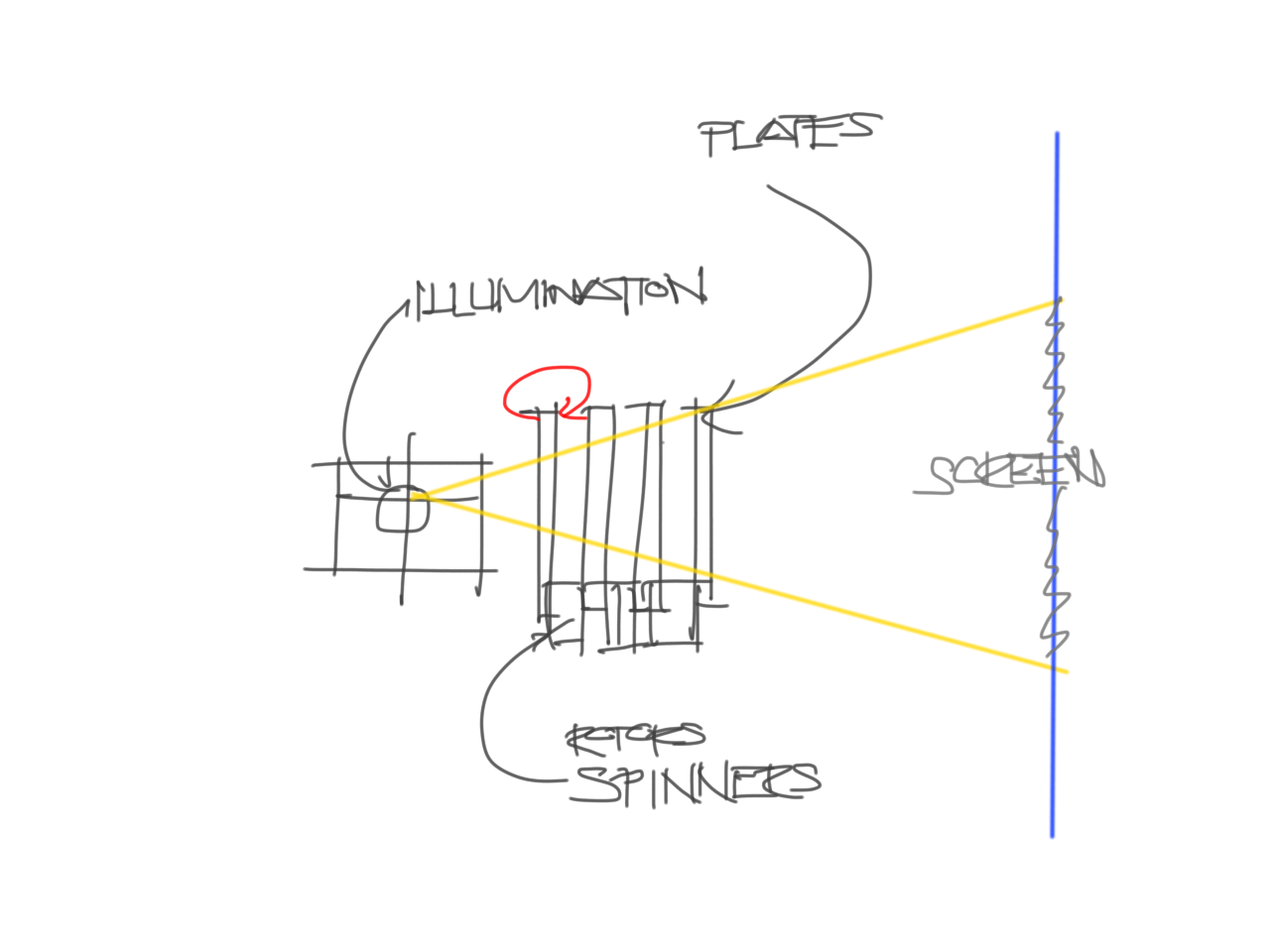 I’ve been ruminating on the idea of creating an old projector that is powered by a candle, casting differing shadow over time. Of course it can also be a battery powered light source for safety concerns, but the candle goes down and the replacement should be able to mimic this behavior as well. Still thinking about how to make the spinning mechanism and the overall size of the apparatus, this requires some experimentation before for optimal performance.

This mechanical variation will use the elements found within The Vexing Grid and would do so with a variance in rotational motion via gears. It is expected to return to its “normal state” every X number of cycles, which is definite eventuality… how long that would take… can probably be determined.

If rotation can be made perpetual, the better for expression. The moving intersections can be associated to thought processes and its speed related to emotional state.