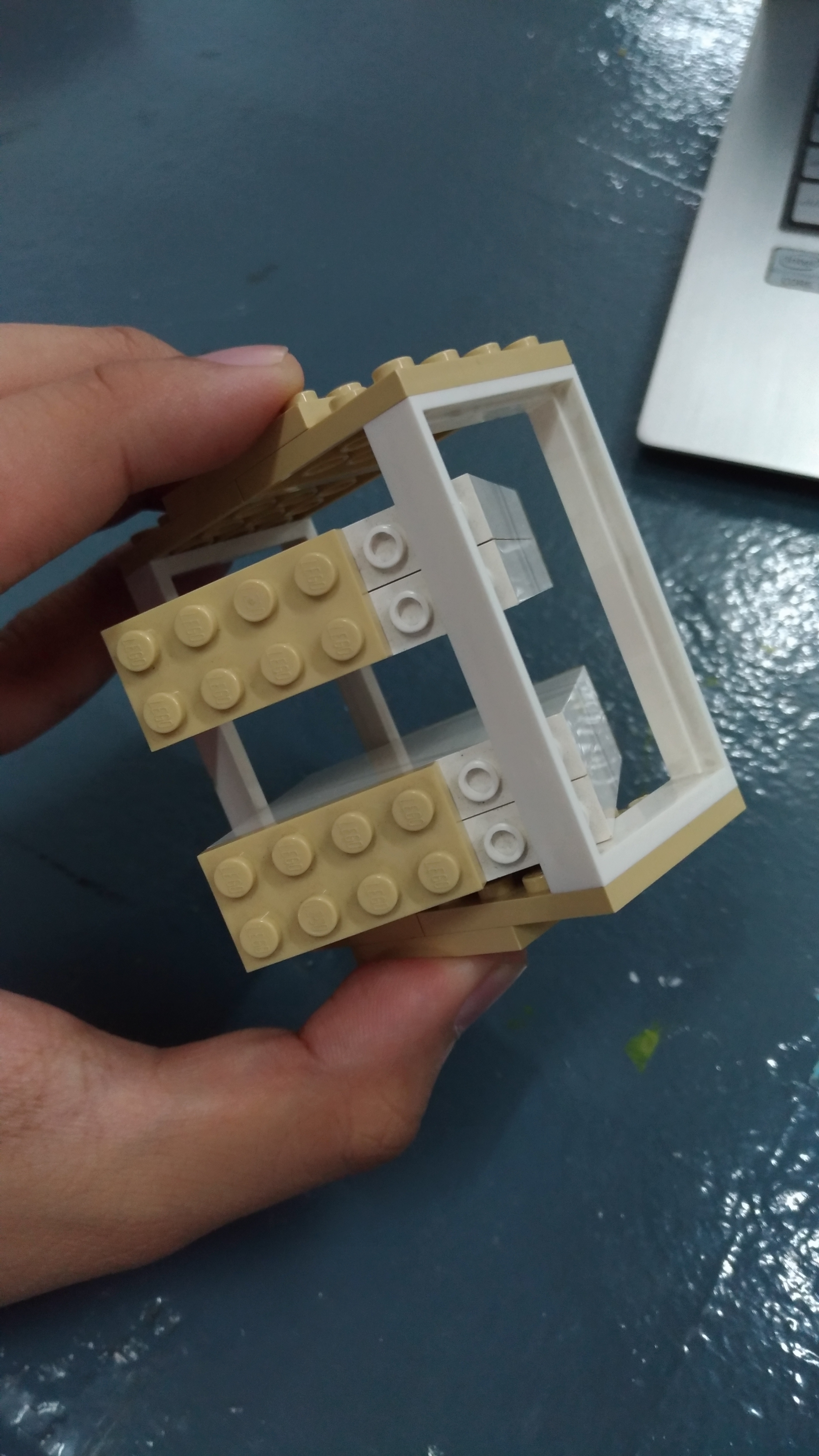 I spent a good chunk of time trying to figure out how to stabilize the very uncooperative natural condition of the magnets.

One reason for this is that the overall width is quite small to begin with and that continuously caused overturning, I’m quite convinced that the eventual width would take care of this issue. As an experiment, I encapsulated the discs with a couple of Lego walls and made a rail with some jamb pieces.

The magnets inside maintain freedom of movement hence its instability on an upright position, but with an angle – levitation is achieved.

Took some measurements and observations while in this configuration, sure to come in handy when the cutouts arrive. Excited!