As far as the patterns go, I’m very happy with how the scale came out. Might be, using a slightly bigger cross section wouldve prevented the warp that occurred but it is likely a good thing in disguise; it allows for ‘movement bias’ that would influence both the upper and the lower component.

From the center to the edges is a very generous half-foot and the coming together of all of them, in this image – static, provides an allusion to the grid. 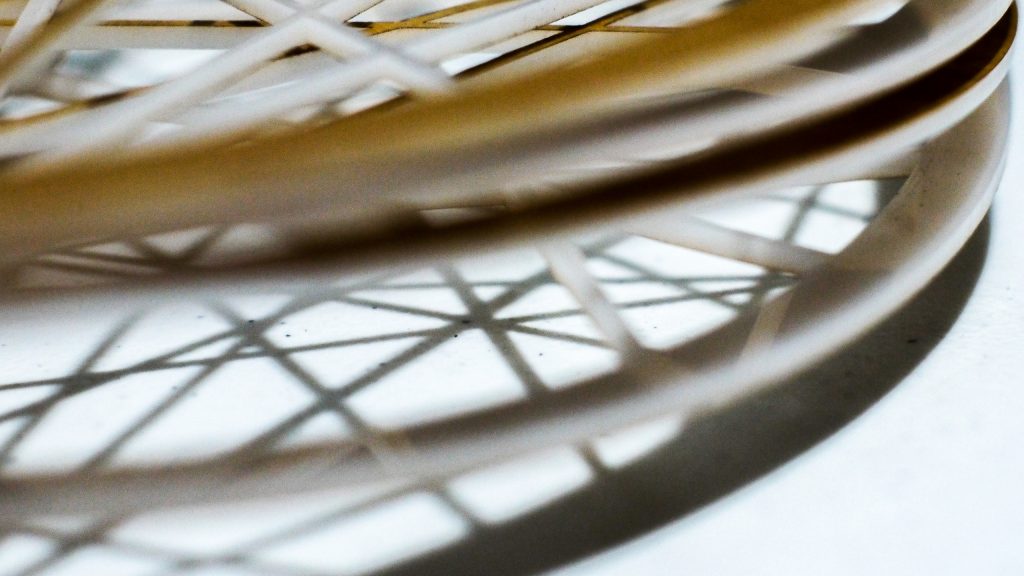 The shadows that are being generated fall within expectation, further testing would have to be done to see how the movement can be influenced by interaction.