Towards the end of the summer of 2015, we’ve decided to move into our working space and with it was the development of the design for Singularity.

It’s best described with a write-up that we’d prepared to accompany its publication in an online call for unique furniture pieces:

There is plenty to be said about marrying materials when it comes to furniture but when something is pure, therein lies a sort of poetry in its creative process. Singularity is borne out of a concept that has been in use during the mid-century, that of economy in the use of materials. The goal had been to create a non-uniform collaborative desk that will catch attention without fail.

Seeing that it was intended to be a central working area within a limited amount of space inside of a designed environment – it needed to be able to communicate a particular sense of style and capacity. In its complete form, two pieces with mirrored tops, it becomes an expanded workspace that supports more people – with equity, kind of like a modern round table, and an abundance of creativity from its undulating lines not more than two in parallel. 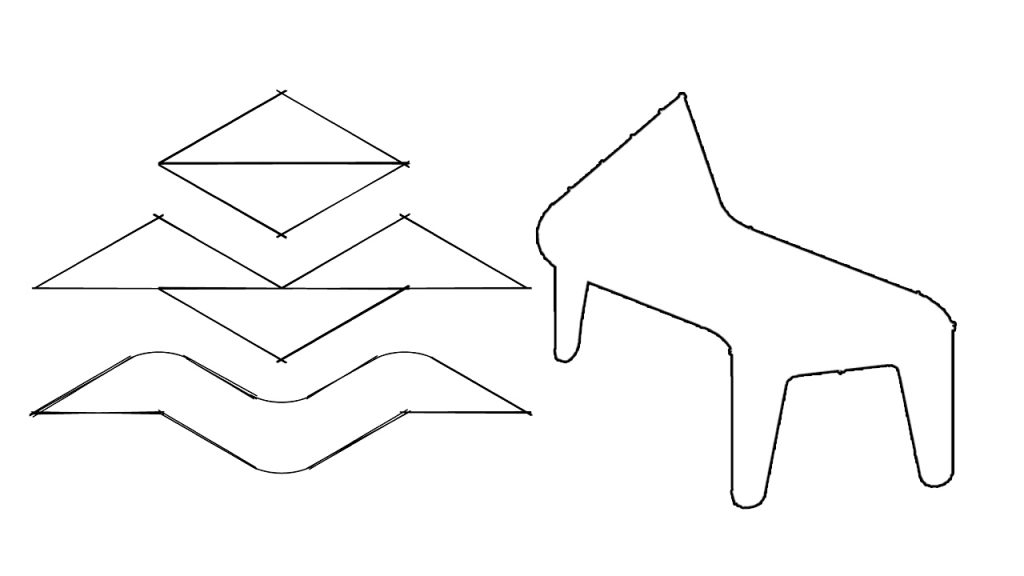 A progressive transformation saw a couple of rectangles beyond its rigid form into one with flourish, consciously steering the final output away from corners as that felt like a departure from the dialogue that the piece communicates. While the sides are pretty much apparent because of the base, there remains no discernible front allowing for preferential utilization whichever way the owner chooses. It is a true creative workspace from all angles.

Past the construction of the prototype and the refinement of the output, we had it laser cut onto acrylic to determine the viability of automated development… that experiment turned out great! 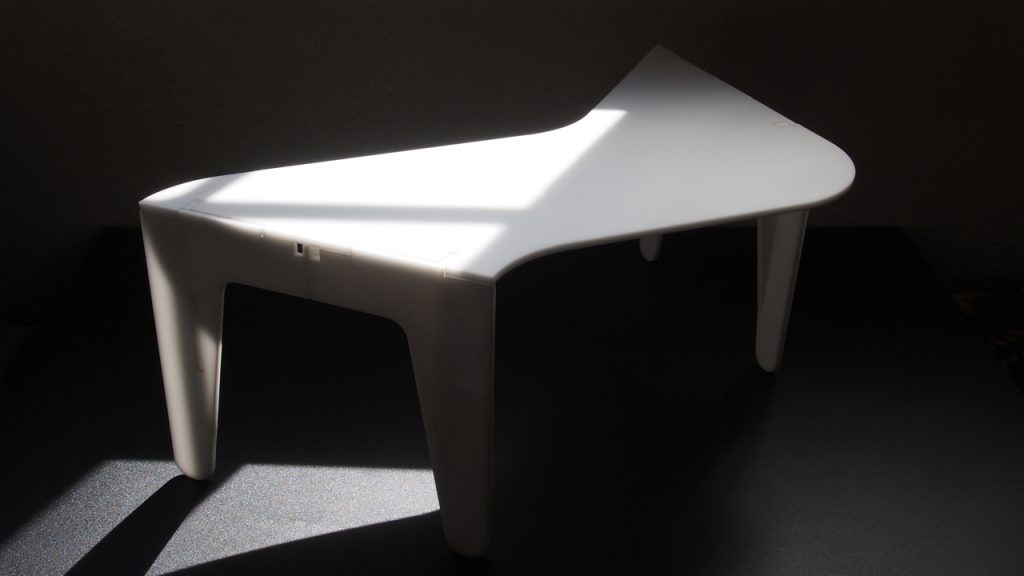 And if it’s still not apparent from its name, Singularity utilizes a single piece of plyboard for its construction.

If you’re interested in one, contact us at focidesign.co and lets make it happen! The prototype is in use at our office as originally intended ^^